4 ways to effectively integrate networking into your everyday life 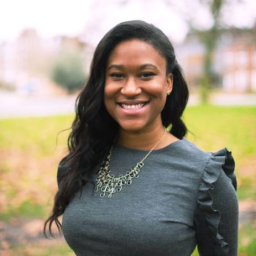 I have a hard time deciding what networking even means, in real terms. Is it the cogs in a capitalistic machine working to create transnational relationships with one another for the greater good?

With that philosophy in mind, the resulting networking opportunities end up feeling forced and boring; you dodge the overly keen salesmen and strangers with dodgy motives.

‘’One of the challenges in networking is everybody thinks it’s making cold calls to strangers. Actually, it’s the people who already have strong trust relationships with you, who know you’re dedicated, smart, a team player, who can help you.’’ — Reid Hoffman

This stereotype gives the entire ritual a bad reputation and ‘networking’ is almost a dirty word now. Let’s get creative and integrate this key function of business into our everyday lives with these 4 tips.

Go with the flow and stop trying to force it by attending traditional networking events. I have been guilty of desperately looking for that target prospect at a conference and trying to force a connection with hopes of a sale. How toxic is that?

What I started to realize was that the most effective way to make key business connections was to become more like Jim Carey in that movie where he is forced to say yes to everything! Not literally of course but say YES to social events with colleagues, friends and family, because that interaction could be a trigger event for opportunities that have yet to be discovered.

Eventually you will find the confidence to say yes to any type of social invitations, even those that are completely out of your comfort zone. Instead of forcing yourself to attend networking events, nurture the social groups you already have because chances are there are some highly driven and interesting people in your social sphere that you’ve yet to properly meet.

F.O.M.O or Fear of missing out, is normally thought of as something to avoid but in this case USE it to actually follow through on plans you’ve said yes to.

Once I’d started accepting opportunities to mingle, I found myself bailing out at the last minute and not actually attending things I said I would. Use the fear of missing out to avoid over analysing the situation to such a degree that you paralyze yourself into just not going!

90% of the time I let my F.O.M.O win and I’ve seen the benefits of asking myself, why shouldn’t I go, rather than trying to convince myself why I should. Of course sometimes there is a valid reason for not going, either financial or scheduling conflicts, which are more legit than just simply ‘not feeling like it’.

I’d push you to work towards being open to the idea of saying ‘why not?’ when offered the opportunity because you never know who you could meet or who might influence you and change your path for the future.

Nobody really knows the true benefit of any one decision or action they take, it could be nothing comes out of it or everything does. My issue with traditional networking is that, if we cant be asked to get up and attend an event organised by someone we know then what is the motivation behind getting up and attending an event full of complete strangers?!

Traditional networking without the F.O.M.O factor is hard to maintain, therefore the consistency of networking is much more valuable than sporadic events that we force ourselves to go to just so we can say we’ve tried.

After you’ve decided to say yes to an event and deployed your F.O.M.O factor to help you follow through, it’s time to practice making friends. Life is short and we need people to help us achieve the dreams that are too big to tackle alone.

You might not be a people person, or even feel a natural inclination to talk to people. It might be revolting to you, but the truth is you need friends to support, inspire and uplift you. Again, it’s consistency that allows us to nurture the relationships that mean the most to us, we have to reach out, even if it’s awkward.

The business argument for practicing making friends is the old adage, ‘People buy from people they like’. It’s completely emotional but it’s true! I’ve made money off of my personality and so do a lot of people. I won’t buy from someone who makes it clear they don’t give a shit about me.

You’ve got to actually care about them or at least pretend to, because one-sided interactions with people never work. Everyone is thinking, ‘what’s in it for me’, and I find that if you give them what they want first, assuming your intentions are pure (or believably so), they might show enormous generosity in what they give in return and the possibility of that is worth taking the plunge.

After we’ve decided we’re going to say yes, use our F.O.M.O and practice making friends, we need to set our intentions. Define some of the moments where you can kill two birds with one stone and integrate networking into something you were planning on attending anyways.

There might be an event coming up that feels more like a requirement, whether it’s leaving drinks or friend’s birthday party, your mindset going into it is key to maximising your networking success.

I am convinced if you are looking to advance up the corporate ladder, internal networking is actually more important than meeting new people. Your colleagues are best poised to give spontaneous words of recommendation having enjoyed your company at the latest office retirement gathering, so focus on making that a priority.

It won’t be easy to change your mindset overnight, so the best way is to keep the end goal in mind. In order to achieve high levels of success in business and entrepreneurship, we NEED high-quality people.

The beauty of networking in your everyday life is that you can choose who you find interesting and decide who you will speak to for the rest of the event or challenge yourself to keep meeting new people until someone sparks your interest. Don’t just socialise to be polite, we’ve all been trapped in conversations we have no interest in and if your intentions are clear you’ll be decisive about how to leverage social interactions to create the most value.

The bonus to everyday life networking is that you’re much more likely to see that person again or be invited to another mutually associated event, which fosters the necessary consistency to solidify a relationship. There isn’t enough time in those traditional environments to evaluate whether you can see yourself going into business with that person or including them in your future squad. The only way you’re going to capture the potential value of any given event is to set an intention and create the mindset that will attract the outcome that you are seeking to achieve.

Now it’s time to put it all together. Say yes and accept the invitation, use your F.O.M.O if you are struggling to find the motivation to follow through and of course while you’re there practice making friends and set your intention for what you want to get out of it. Happy networking!

Subscribe to Legacy Networking & get a FREE Employability Course

Networking for a New Job Toolkit: Sell yourself